Technology . The setup and adjustment of a mandrel bending machine

In this two-part feature transfluid® introduces you to the vast number of options available with a mandrel bending machine. In this introductory first part, we focus on the basics, from the setup to the adjustment.

The more extreme the customers’ requests are, the better the adjustment has to be. There is no doubt about that. We must keep one thing in mind: if requirements increase and the customers’ wishes become more exclusive, the machine operators’ need to adapt their knowledge. The bending of thin-walled material, tight radii or challenging materials, for example, requires more know-how than bending thick-walled material and big bending radii.

In transfluid®’s workshops the operators of mandrel bending machines are prepared for different demands and are equipped with the essential technical knowledge – to ensure the right setup.

First of all, however, let us focus on the adjustment: 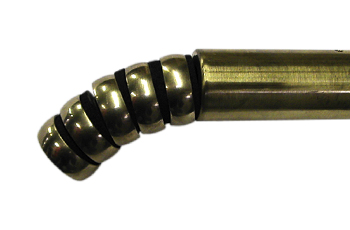 The bending of pipes and profiles is one of the most commonly used reshaping methods. All bent components show characteristic stress-strain behavior with: 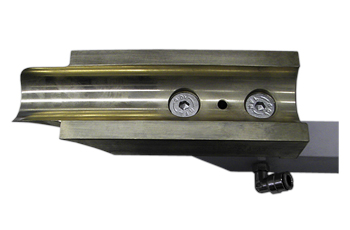 Whether mandrel or non-mandrel bending is applied, the thickening of the inner wall is insignificant. During non-mandrel bending, the bend flattens if physical ratios are not taken into consideration (diameter : radius : wall-strength).

The use of a mandrel increases friction thus the bending moment required. For thin-walled pipes with a large ratio of diameter to wall thickness (d:t > 16), wrinkles start forming on the inner surfaces of pipes. With the use of a suitable mandrel and a wiper die, the wrinkle formation can be prevented or reduced.

It is important to mount the bending roll on the machine so that it lies level on the bending arm (tool plate). The clearance at the connection between the tool and the machine must be absolutely free from backlash. The feather key connection also has to be free of clearance.

The clamp die must be set to exactly the same height as the clamping range of the bending roll. With interlocked clamping elements, it is important to ensure that the interlocking system fits correctly.

Another important component of a bending tool is the wiper die. A wiper die is used when wrinkles are formed on the inner bend due to a tight bending radius or low wall strength.

The safest way to set the wiper die is to slide a pipe over the inner mandrel (look at next heading: bending mandrel) and then start the tightening process. During this setup, the clamp die should remain in the rear position. The wiper die should then manually be shifted to the front, up to the gap between the bend die and the pipe. The wiper die is then fixed in this position.

The area where the conical or round piece of the mandrel tip becomes cylindrical should be set exactly in the middle, on the tangent of the bend die. With this basic setup, the pipe bending process can be started. Depending on the result, the mandrel and wiper die might need some final adjustments.

The mandrel should be properly lubricated with the correct mandrel lubrication setting of the machine. The right mandrel must be chosen according to the radius, type of material and wall thickness. You can choose either plug mandrels or ball mandrels. You can determine what apparatus you need (mandrel, wiper and die) from the table below. 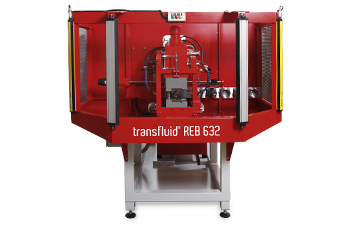 For medium-sized pipes, you can assume that on average the mandrel tip is approx. 0.8 mm less than the inner tube radius. The extending end-link should again be around 0.5 mm smaller.

The next edition of (t)times will bring you part two of the transfluid® feature on the mandrel bending machine in which you can learn interesting details about tool shapes and materials. Gripping reading - be sure not to miss it!