With the new generation of our combination machines, we have continued to develop the new diversity for forming pipes. Geometries that effectively replace high-cost and expensive turned parts can be formed directly at the pipe in pipe-end machining – for a final component of a single workpiece that is ready for use without elaborate soldering or welding.

Improved process freedom
Implementation of the combination can be specified by you or based directly on the forming geometry. This is usually done using up to 6 axial forming stages and at least one rolling unit. Trimming, as well as axial and rolling forming, may require two rolling stations.

Compact and universal
Simple trimming or deburring after forming at the pipe end are no demanding process-technical challenges. Accordingly, compact units are sensible for this. Therefore, all the axial forming machines and combination machines by transfluid® are equipped with one or several single-drive axes. They have a servo-electrical drive and can be used in each of the holders for the forming stages, making the system is very flexible and compact.

Apart from this, the equipment of our combination machine with electrical drives permits diverse processes and a particularly precise positioning of all forming tools. 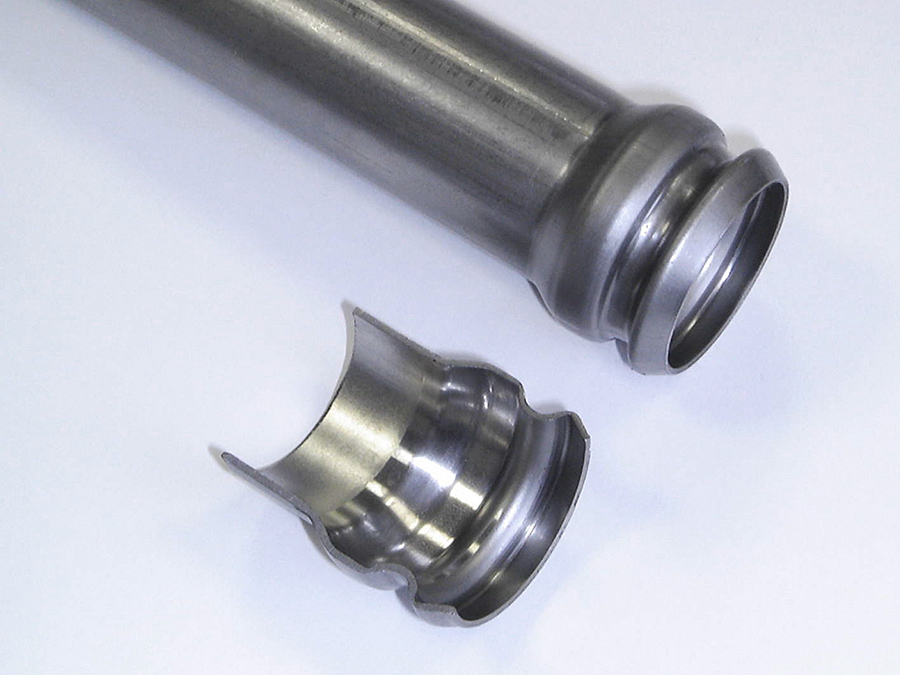 Complete forming in the rolling process with an outer roll and an inner roll in opposite rotation.